Rails and trails in Otago

From Dunedin we took the historic train (Taieri Gorge Railway) to Middlemarch. This train is now only used for tourists. Actually there are hardly any normal (long distance) trains in New Zealand! The 2.5 hours ride for only 75 km had some nice tunnels and bridges and followed the Taieri gorge. Most of the passengers take a two way ticket, they go back and forth. We ofcourse only did a one way. The ride goes through the Taieri Gorge which is a stunning ride. On the train we met a dutch couple who moved to NZ in 1971. They travel by bike every year for 3 months! Wish we could do that!
In Middlemarch we continued the railway but now as the Otago Central Rail Trail. The train rails are removed and it is now a cycle trail. Headwind, gravel and a gradual low incline for 70 km! Otago is known for very hot and dry summers but fortunately we had cloudy days though with some dramatic skies. The trail itself has some very nice views.

Just before Omakau (one of our stops for the night) we run into Stephen and Eszter (US/Hungary). Stephen himself bought his bike at De Vakantiefietser in Amsterdam and directly recognized our style of bikes. We chat and before you know it, we have dinner together that evening. So lovely to meet these guys. The next day we pedal with the 4 of us to Alexandra to say goodbye not knowing that we will be overtaken by them later on, we on our bikes and them in their car with extra water supply for us.

From Alexandra we wanted to take the Roxburgh Gorge trail but this trail has a missing section in the middle because the owner of the land would not let the trail pass through his lands. Instead, you  can take a jetboat for 12 km to connect the two parts of the trail. A 45 min boat trip for 95 dollars is just a bit too much for us, so we stick to the road all the way. The road however goes up and down, and has much traffic going our way. It is Sunday afternoon and a lot of people go back this way after their weekend or holiday trip. We long for the trail as it seems a very nice ride lying in the gorge next to the river. A pity we cannot do it as there was nowhere to get onto it.

From Roxburgh, where there is a very nice campsite btw, we follow the Clutha Gold trail. This trail follows the river Clutha, which has a strong current and was used for goldmining in the old days and still is as we learn later from 2 goldminers at the campsite in Beaumont. An easy trail for us but very charming because of its variation. After cycling for quite some days with cloudy skies it had bound to happen that there would be some rainfall. Our trip through Otago ends with a day of cycling in the rain to Balclutha where again we have a nice and warm kitchen at the campsite to chat with other cyclists. 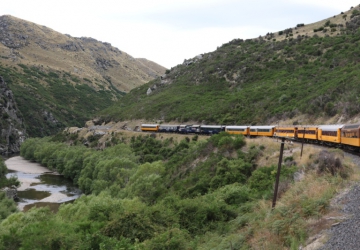 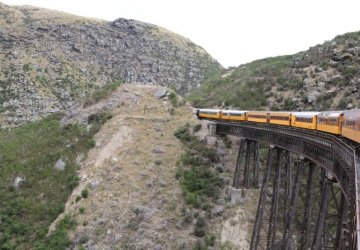 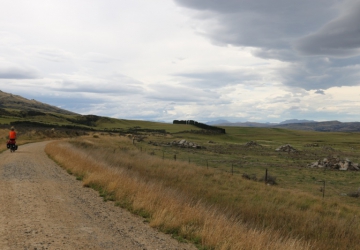 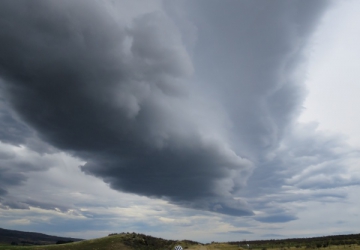 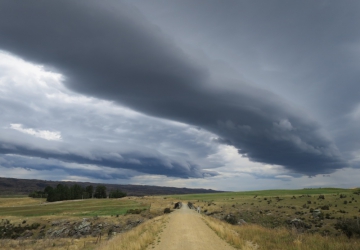 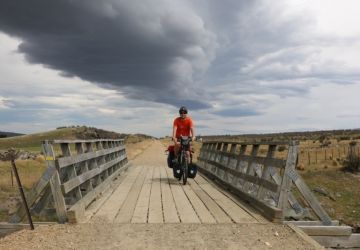 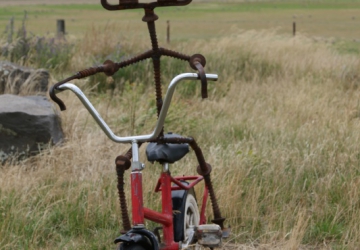 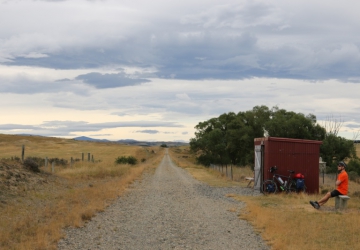 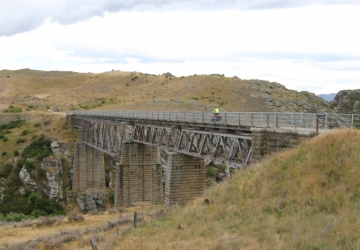 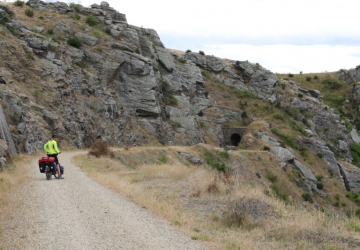 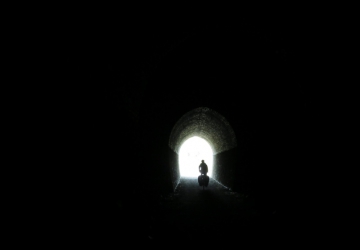 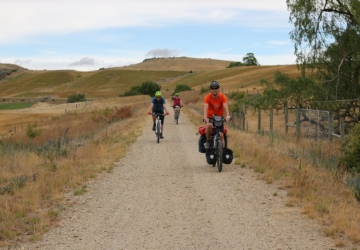 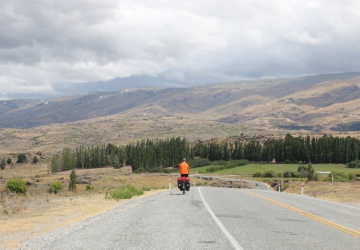 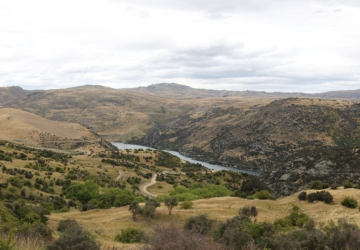 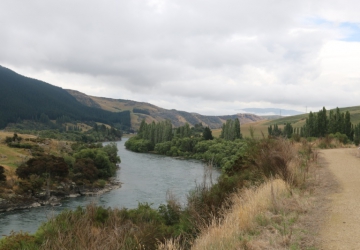 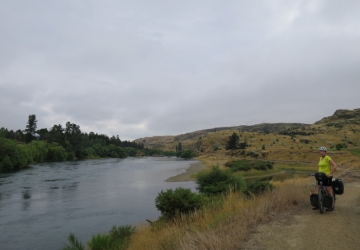 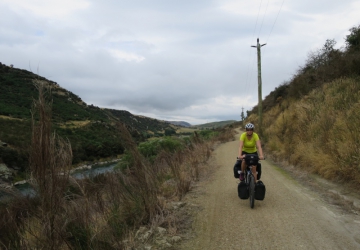 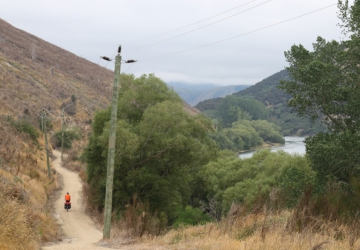 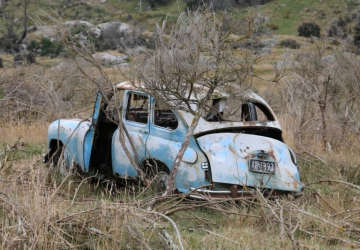 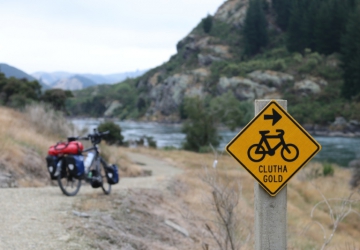 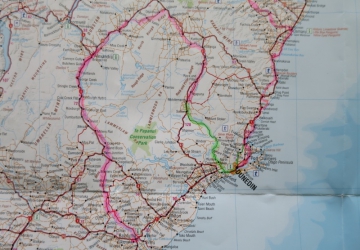 Oamaru to Dunedin The good weather, the bad weather and the beautiful south

The good weather, the bad weather and the beautiful south